Removing Weeds And Keeping Them Gone

Help! I Have Weeds

Almost everyone who has a yard or has ever tried to grow a garden knows that sometimes weeds can sprout up and they can be a big pest. Not only are they unflattering to look at but they can also be harmful to your other plants because the roots can tangle with your garden and should really just be removed. Sometimes, though, removing the weeds isn’t enough and sometimes they can come back so it is a smart idea to get a weed remover or spray and to be sure that the area you removed the weed is sprayed with weed killer instead of just leaving the soil the same after removing the weeds. Of course there are weed killers were you can just spray the weeds and it will be removed in a certain amount of time and you don’t even have to do any manual labor except for spraying the weeds.

The most popular form of weed killer would have to be “Round Up” and is actually produced and created by Monsanto, which is a company you have probably heard of, but if not they are a company who oversees farming in the U.S.A and also created products and seeds for farmers, now there are many other alternative to Round Up, such as “Scotts Weeds – B – Gone”, Trimec Lawn Weed Killer and many more. Weed killers can be tricky because sometimes they don’t work perfectly every time. I know sometimes I have sprayed weeds to have them die only for them to come back. That ‘s why it is good to remove the roots and the weeds and then spray the area with weed killer to make sure that it’s actually dead.

In Your Garden, Avoid Spraying

If the weeds that you have growing in your yard are near or in your garden then it would be more beneficial to remove them by hand and maybe avoid using weed killer in general around your other plants because you don’t want to expose your healthy, non weeds, plants to chemicals that could potentially hurt or kill it. Some people claim that you can remove weeds with a vinegar solution and is supposedly much safer for the soil. Some of these recipes include,

It’s Up To You

I’m sure there are farmers who swear on vinegar weed killer recipes, but you might not know how well it works unless you try it and who knows, maybe it will work and you can save some money. So in conclusion, there are many things that you can do to remove the weeds from your yard and garden and keep them gone and there are many weed killer products that you can be and even recipes if you want to make your own and save some money.

Now remember, if the weeds are growing near the plants and vegetables you do want growing, then consider removing the weeds by hand and not use any weed killer near or on your garden.

Get a free Quote 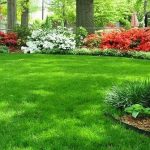 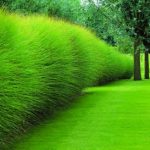 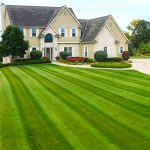